For the more intensity-sensitive patterns, do not use long exposure or intense power. Make focus & power adjustments on non-vital patterns (such as the Argolight logo, it’s ok, we don’t mind) then swiftly acquire the image of the pattern you want and move back to another part of the slide.

Argolight products contain patterns that will stay fluorescent for a lifetime. However, the intensity of these patterns will fluctuate upon illumination.

When illuminated, the patterns’ fluorescence decreases. The more power you send on a sample (either at once or through long exposure) the more they will decrease. Then, out of the light flux, they will recover. The recovery is very fast at first then very slow (think asymptotic). The more diminished the fluorescence is, the longer it will take to get back to its original state (it can be years).

If you use the slide as indicated, the slide can be used for many years without significant intensity decrease.

Stability on the shelf

Argolight slides do not exhibit any modification in their fluorescence intensity, spectrum shape or pattern spatial dimensions when stored.

Two environmental accelerated tests, one in temperature and another in humidity, have been carried out in order to evidence the stability of Argolight slides:

No modification of the fluorescence emission has been detected when comparing the measurements before, during and after these tests.

Argolight patterns do not photobleach, but under high exposure they undergo what we call “reversible photoactivation”.

Important: While the patterns do not suffer from photobleaching, the glass itself has a damage threshold. This threshold is expressed in peak irradiance: 50 GW.cm-2. If overstepped, the glassy matrix can be damaged and/or the fluorescence erased.

Reversible photoactivation is the term we use to describe the transient decrease of fluorescence undergone by the patterns when exposed to an important light flux. It is a reversible behaviour: as soon as the exposure is interrupted, the patterns start to recover their fluorescence, eventually reaching their initial level of fluorescence.

This behaviour is an exponential decay with at least two main components: a short one (A) and a long one (B), with B >> A.  The value of these components depends on the imaging systems and conditions: power on the slide (both average and peak), excitation wavelength, objective numerical aperture, exposure time, pixel dwell time, pixel size, etc.. 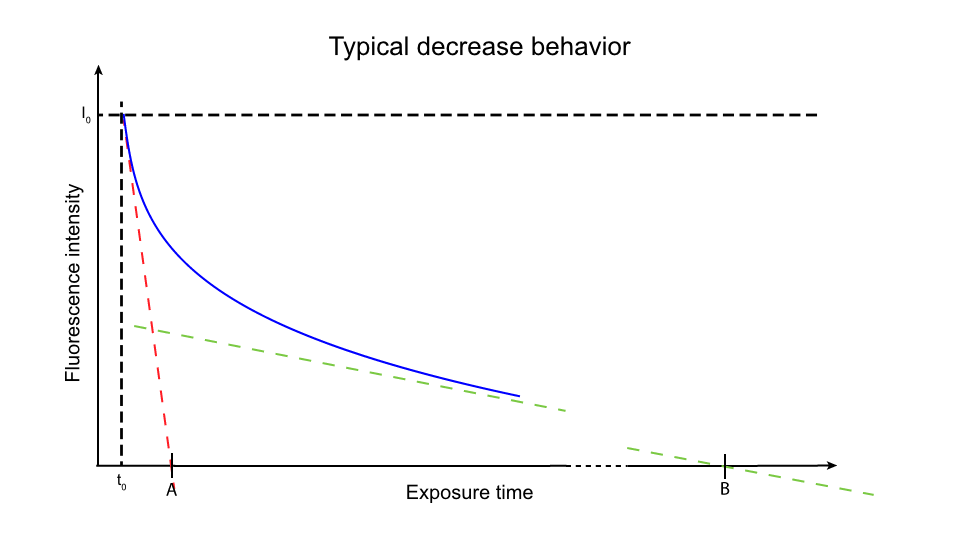 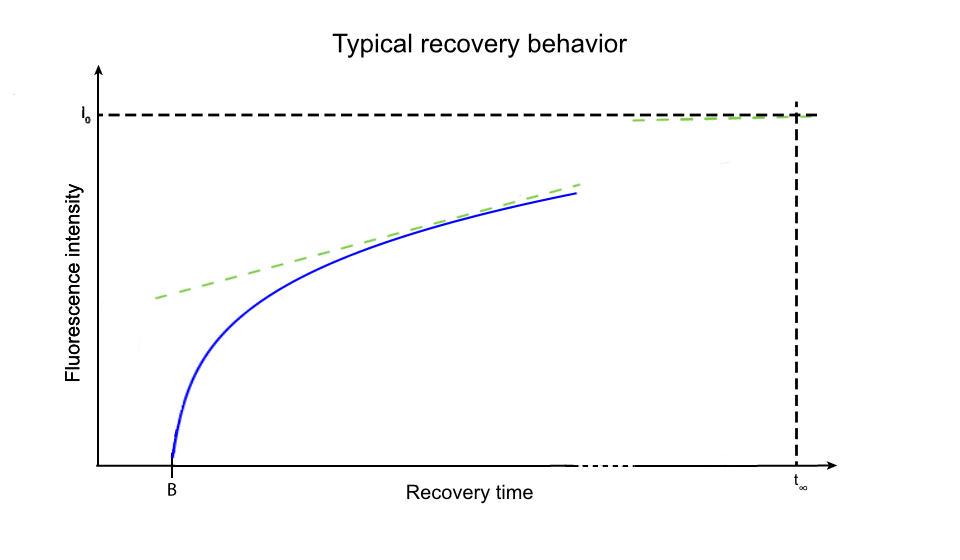 From our experience, we have never been able to observe a decrease of the fluorescence intensity higher than 50%.

Now that you know what solution is best for you,
learn more about the products: 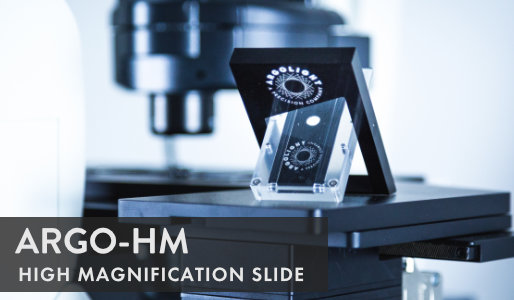 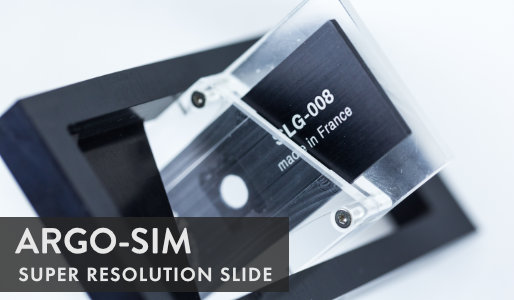 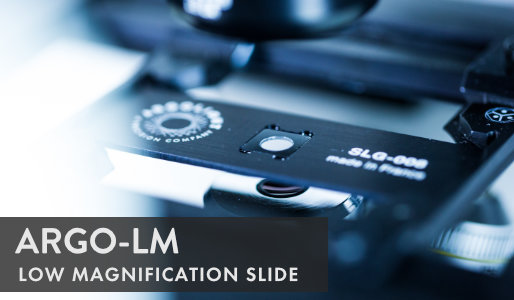